The Wrestler (2008) Directed by Darren Aronofsky Nick :
My body has been changing shape in a manner I've still not come to terms with.  It really happened when I turned 40. I've always been very slim and it used to be the case that whatever I eat doesn't effect my weight. Not any more. I was first diagnosed as lactose intolerant, which meant if I drank fully pasteurized milk, I would initially pass out, fart and then my stomach would bloat out to double the size. I gained weight on my stomach. It's the spot where all the fat gathers. I have something approaching a pot belly. I'm fighting it, but feel I'm losing. Should it matter? I don't feel so unhealthy. Is my vanity about my public perception effecting me and actually stopping me being relaxed about my looks? I would have thought Mickey Rourke gave up caring what people thought of the way he looked a long time ago. For me, his plastic surgery face, long lion's mane of hair and hulking body make him look better now. It's a face that's lived. 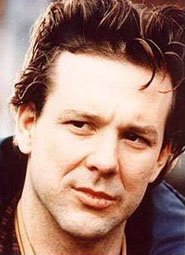 The Wrestler is a Rourke tour de force.  Apart from a very good supporting turn from Marisa Tomei, the only reason to watch this is for Rourke as fading wrestling legend Randy 'The Ram' Robinson.  I'm sure Aronofsky would claim it tries to expose the truth behind pro-wrestling (the drugs, the fakery etc), but it really does not go far enough if it's trying to be an expose. No, Rourke gives us  a masterclass in playing himself and it's fascinating. This could be one of the greatest performances I've seen. Unfortunately, Aronofsky, after an assured beginning, throws in cliché after cliché to the story, that even Rourke struggles to deal with these possible knock out blows (ahem!) The family sub plot, chasing the stripper dream and The Ram's redemptive final actions could all have come from a Rocky movie.  It might be time for Aronofsky to tackle that comic book adaptation franchise, and leave the apparently serious film making to someone else.

As for Rourke, when has he even come close to this? He was cute in Diner, more presence than anything else in Rumble Fish, OK in Angle Heart and do we even consider 9 ½ Weeks? Yes, it was his looks, not his acting that attracted us to start with, it's why we were bothered. When his looks changed, the public lost interest (as did Hollywood it seems).  That's the key to The Wrestler, Aronofsky delays showing us Rourke's face at the beginning, he's banking on our shock at his appearance as an audience. It's not enough to carry the film, but Rourke is magical here.

Astrid:
I'm beginning to dislike Darren Aronofsky's melodramatic directorial perspective. I fear I would not enjoy his latest film about the tormenting horror of the ballet world. Don't worry, I haven't made it there yet, as it's taken us three years to get to The Wrestler. It is not such as dramatic and over-stated film as it could be in the circumstances, yet it portrays Aronofsky's bleak outlook on life: people end up lonely, addicted and hopeless in life – change is a momentary illusion.

The Wrestler is a stage for Mickey Rourke. There are hardly any other characters with a story here. It would have been an interesting experience to watch Rourke play the washed-up wrestler Randy with even less contact with other meaningful characters. They could have chucked out the angry daughter and the girlfriend-to-be stripper without losing anything of the core drama.

Randy admires and aspires to a body aesthetic, which is very artificial and to my eyes very 1980s. It requires a lot of work. His body and image is what he finds most important in life. He is willing to risk his health with steroids and the sun bed, and of course extensive bodybuilding exercises and the wrestling fights. In fact, the film suggests that it is this obsession that has driven him to his loneliness.
In The Wrestler there is a sense that the relationship body builders and wrestlers have to their material bodies would be considered too feminine in other male contexts. Randy is at an intersection of macho masculinity and femininity. That's the interesting part of a film that's otherwise pretty forgettable.
Email Post