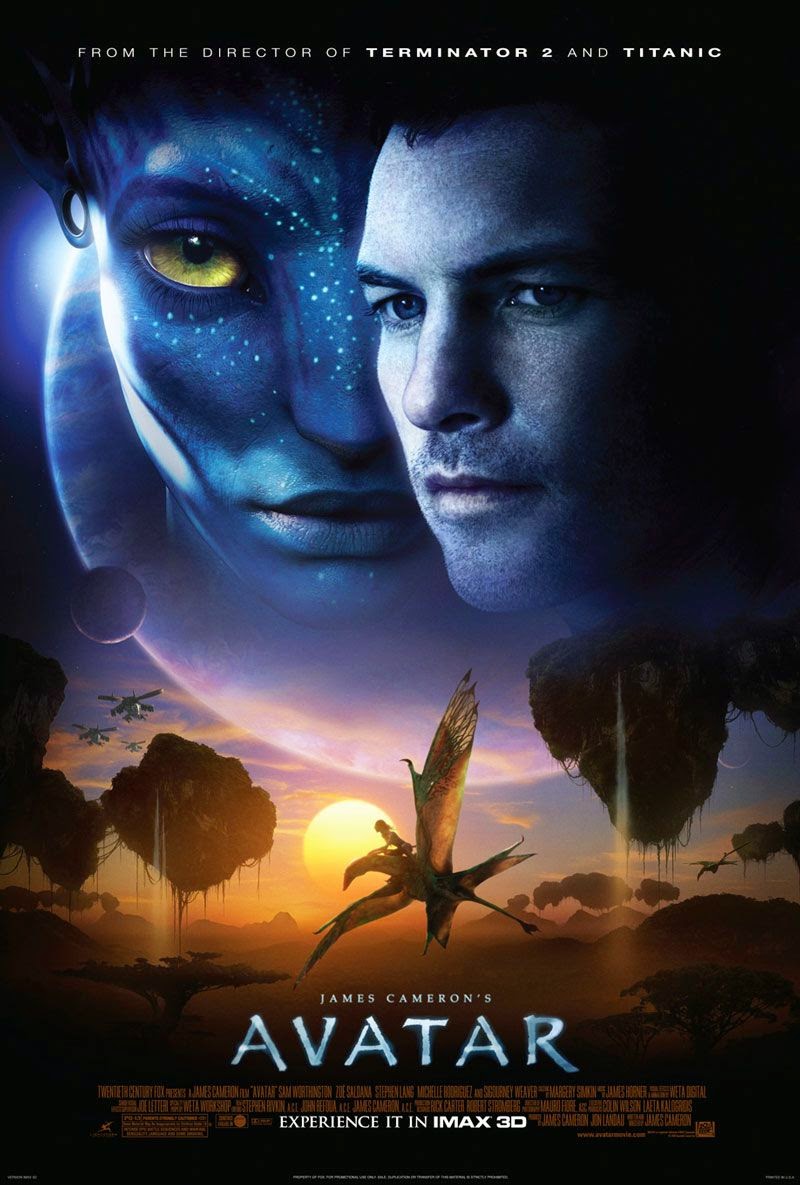 Nick:
Here we are in the years. Whilst re-watching Avatar, I realized I originally saw the movie at the Finnish premiere, now 6 years ago. Where does the time go? It feels like yesterday, and like me, Avatar has aged. It's a recurrent theme in my life (and a vain one – possibly for all of us), but I often ask Astrid If I look younger than I really am. This week, Astrid was honest and I realised the last two years of stress have taken their toll. I no longer pass for being younger than I am, and I need to go on a diet and change my body so I can feel comfortable in it. This brings me nicely back to Avatar. The main protagonists in Avatar inhabit either better conditioned or younger models of themselves. It's a great idea, and i was looking forward to getting lost in Avatar's world again. But like I mentioned, 6 years is a long time.

James Cameron is divisive. You either like his brand of sci-fi or you don't. The list of Sci-Fi movies is big: Terminator, Aliens, Terminator 2, The Abyss and Avatar. A quick look at IMDB reveals not only three Avatar sequels in the works, but scripts by Cameron for two more Terminators. It's contagious doing a franchise and Cameron has been involved in some of the biggest. We haven't even mentioned the grandstanding of Titanic.  But the top grossing movies of all time list posits Avatar at #1 (with Titanic at #2), so Cameron can happily deal in sequels forever and the Hollywood bean counters will be delighted. But what of the movie? Well, it disappointed away from the big screen.

Avatar's eco message gets drowned out by the superficial kick and bang that Cameron brings in the fight to save the people of mineral rich moon Pandora. I mean big guns and big diggers and big military guys who curse a lot and do bad things. Forget the plot here (it's wise), but the spectacle is something else. Cameron's Pandora is beautifully recreated, as are its indigenous species and various animal inhabitants. A world of imagination has gone into this. Unfortunately, the story and character development is cliche ridden and one can't help wish these strands were better developed as Avatar could have been something special. Sigourney Weaver is good value (she always is) and Sam Worthington does well in the lead. Otherwise, there's a hole here: it's called personality.


Astrid:
This was the first time I ever saw Avatar. Somehow I managed to avoid it when it came out. Over the years I grew a strange curiosity towards the film, although I guessed there would be many aspects of the film I would not appreciate. I was surprised to find that our imagination really is so limited that no matter what distant planets we imagine, no matter how much time has passed (100 years from the present) the leap into the unimaginable looks too familiar. There are always green and khaki military uniforms in sight. There is a war. There are less women than men in the mission to research and utilize this new planet, Pandora. But there is something more disgusting than repeating the same gender and sexuality stereotypes and slapping them on the human characters: the portrayal of the 'natives'. The Na'vi people, who inhabit their planet Pandora are blue, tall and in tune with their planet's ecosystem. They are modelled on familiar stereotypes of African and South American tribal attire and behaviour. This is an echo of our society's current struggle to stop appropriating racial stereotypes. I was especially disappointed by this simplistic repetition because the great idea of being an avatar in a physical body was lovely.
Despite this annoyance, I was able to get into the narrative of Avatar. I loved watching the fairy tale unfold in the deep forest of Pandora and I was devastated by the human rape of the nature and killing of the Na'vi. I even grew to like the Neytiri character played by Zoe Saldana and Sigourney Weaver as Dr. Augustine, the vigilant scientist. And yes, I held my breath in the flying bird scenes and rooted for this strange blue bunch of people to win over the angry white guys from the Earth.
I am in love with thinking about space, where this planet floats and what is the deal here. I have forgotten to wonder about our universe in the past years, but now the questions are back. Right now I am fascinated by the astronaut Scott Kelly's mission. He is spending this year up in space (with a Russian co-spacefarer, Mikhail Korniyenko). The whole year. It is the longest  a human has ever spent in space without returning to Earth. This is a test that will produce information on many important aspects about time and survival and the effects space living has on a human. Ultimately, it may help with travelling to Mars. That's what NASA says. The spatial imagery is deeply linked to the way we discuss the internet and computers and connecting through technology.The Internet and its functions are metaphorically explained as 'cyberspace'. That's why the avatar stuff in Avatar is very interesting. I'm hoping the follow-up films develop this avatar thematic further while giving up on the obvious binaries from the Earth.