In The Heat Of The Night (1967) Directed by Norman Jewison 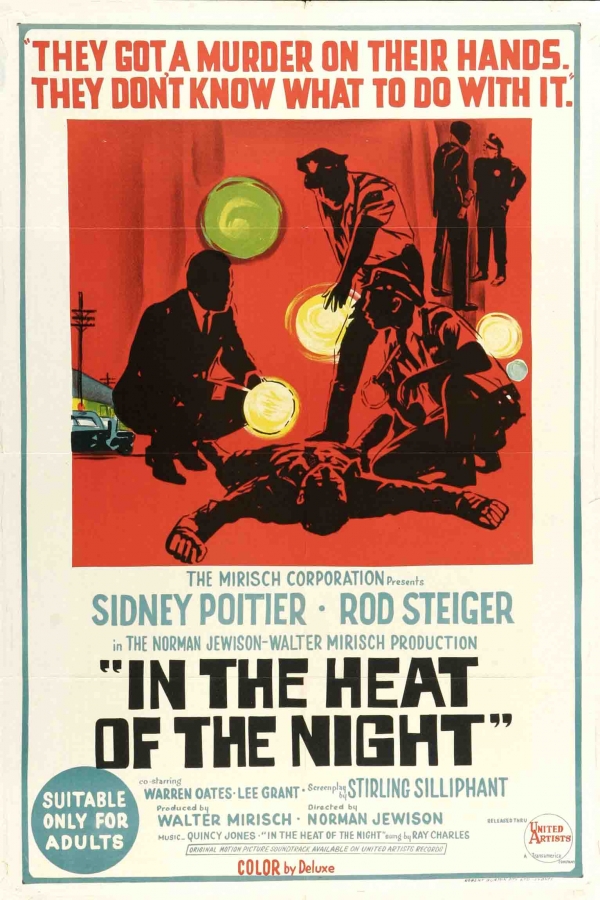 Nick:
This has been another year where race and race relations has dominated debate, public or private. We are still discussing difference in color and culture and lifestyle, not as a celebration of diversity and enrichment, but as a cause for alarm and disparity. Different situations present themselves almost daily, whether it comes from an outrageously racist Finnish MP and the overwhelmingly positive protest and demonstration that followed. Or to Barack Obama being accused of being 'white inside' because of continual acts of Police brutality unjustly brought against the black population of the USA. Terrorist actions in France defined by religions and difference and a European refugee crises that we choose to ignore until it really starts to breach our shores. Donald Trump repeatedly and offensively continues to insult and slur the whole Mexican nation and we shrug in mock disgust (hey, it's only politics, right?). Solutions, actions and awareness aligned with humility seem in short supply. I'd love to put up my hand and say it's getting better and people are being educated and tolerance is not just tolerated but difference in color and culture is being embraced and rejoiced across populations worldwide. But I'd be lying. We're not getting the message across.

In The Heat Of The Night arrived at a time when race-relations in the USA were at a low. 1967 was as much a summer of hate as the mythologized love. The Civil Rights movement were engaged. Context is everything. In The Heat Of The Night is a white gaze on a multicultural problem, but somehow retains balance. That doesn't mean that after all this time In The Heat Of The Night's intrinsic message has weakened or dated (or lost its relevance). 2015 could yet be our year zero for the type of racism displayed here. This film still retains some power. Much of the 'drama' of this film has been retold many times since, in different ways. But the bonus here is that In The Heat Of The Night employed the talents of Sidney Poitier, Rod Steiger, Warren Oates (yes!), Hexell Wexler and a young and hungry Norman Jewison. That's a strong spine of excellence for any film. But Hexell Wexler's cinematography wins the iconic award, Wexler's eye elevates every scene of this film, bringing a touch of realist perspective that adds even more substance.

This isn't perfect, but it's pretty great. Sometimes racial injustice is washed away in some scenes with a meaningful exchange of looks. Poitier retains stoic yet manages to reflect the anguish and fear of the American black man under racial duress. And yes, he manages to pull off extremely sexy too. Rod Steiger reminds us of his greatness and underrated stature as the reluctantly willing police chief. The two actors act out a weird buddy movie as two cops on different sides of the fence. The soundtrack is excellent too. But despite all the admirability of In The Heat Of The Night, it remains a film that shouldn't have to explain such basic terms. In The Heat Of The Night represents one of Hollywood's first attempts to deal with the issues of race in the mainstream, and ultimately, it failed. We still live in a world where there are very few black directors and very few black box office superstars. Hollywood hasn't bought its own message. As for the rest of us, we haven't got that message either, as our casual indifference and outrage is always tempered by a lack of conviction and willingness to get involved or rock the boat.

Astrid:
Last week autumn took over as if it had read the Handbook of All Seasons and decided that September 1st means rain, rain and rain. Weather, sometimes you take things too literally.
Last week I lost my ability to sleep through the night. A heavy dragging awareness of the European refugee situation followed me everywhere. I lay awake in the darkness sweating and thinking about the people who have nothing but a thin hope of escaping death. Thinking about the island of Leros. What ever I was doing or not doing, there was a sadness and an acute need to help. Suddenly, social media pages became places where I most sensed my privilege, my frustration, empathy, but also anger and disappointment. So much so that I have found myself silent in those outlets. Feeling like what I have to say is insignificant, too small or too comfortable. 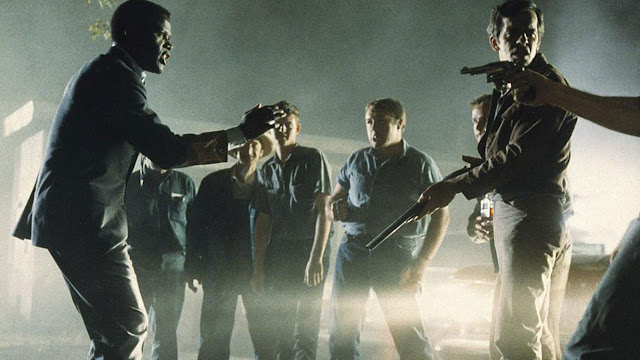 Last year I was consumed by illness that threatened my life. This year has been a return to being concerned for my fellow human beings. And what a world I have found. Last time I felt this acute pain for our planet was when I was a teenager. I'm still struggling to put my position into good use. Feeling guilty for privilege just isn't good enough. But let me talk about In The Heat Of The Night for a moment. Here we are on this blog again writing about a movie that deals with racism. I'm glad, because there's a subject that needs to stay on our minds. In The Heat of The Night is a great great film. Yes, it is very old, but that means it is stylish beyond anything produced these days. And the subject of the film is as acutely valid still. Sidney Poitier is the star and the heart of the movie as a detective who ends up stuck in a small segregated town in Southern USA. The other actors are good character players. The whole thing has a feeling to it like it might work as a play in a theater. The script (and execution) makes me think of Cat On A Hot Tin Roof and other classic plays by Tennessee Williams. 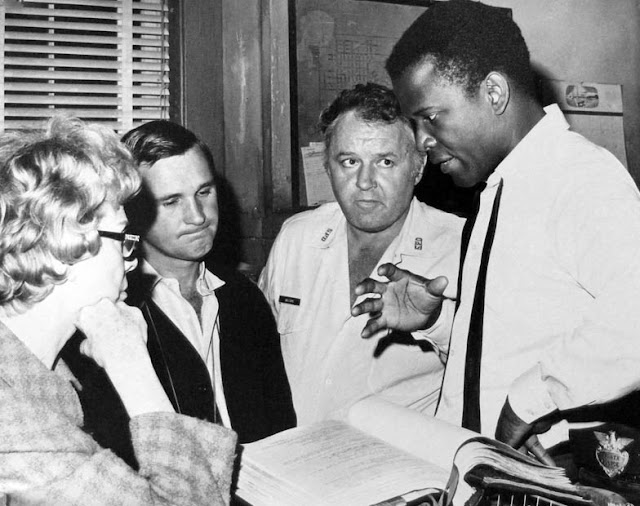 In The Heat of the Night as well as the desperate situation of so many displaced and homeless asylum seekers remind me of the arbitrariness of concepts of peace and power. While some get to define what skin tone is privileged and who gets to enter Europe to look for lost peace, others are born in a war zone, or killed because of their skin color. I'm sorry to sound dramatic and angry, but this is such a huge injustice. This movie is from 1967 but it could have been made this year. We need to remember that if we are safe and sound right now it's not because we are better than the ones who have nothing tonight. It's dumb luck. We need to wake up. We need to make the world more just. NOW.
Email Post
Labels: 1960's cinema film hexel wexler in the heat of the night movies my lawyer will call your lawyer norman jewison race rod steiger sidney poitier warren oates