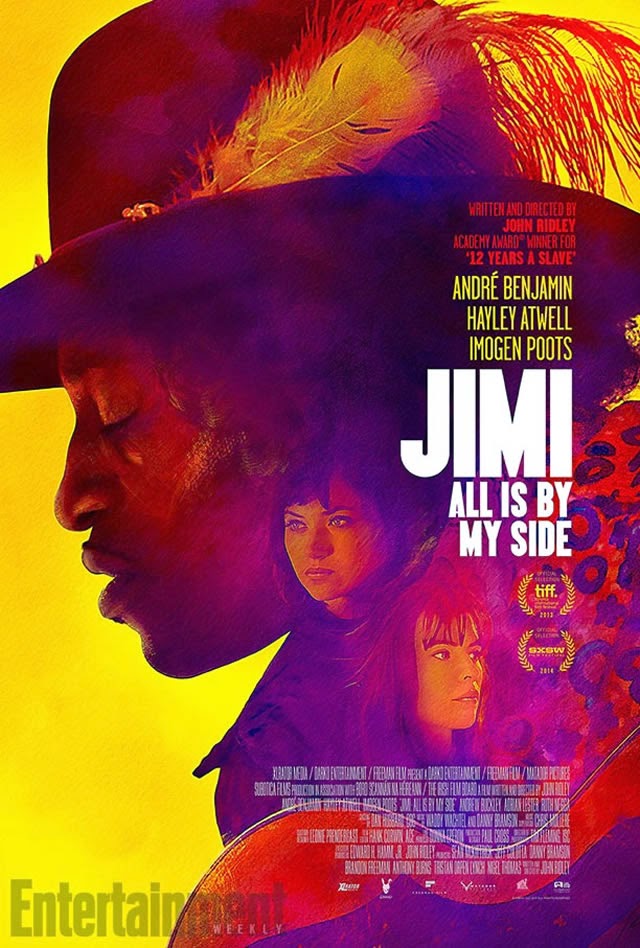 Nick:
This was a romantic movie choice believe it or not, me and Astrid celebrating our wedding anniversary. But there was nothing on (and we hadn't booked in advance), so we decided to sit through John Ridley's Jimi Hendrix picture. Jimi: All Is By My Side is seriously handicapped by not being given permission by the Hendrix estate to use the real Jimi's music. I got the feeling watching this that if they had ignored the music altogether, this could have been a much better film. Sadly Ridley and co. decided some modern sounding, re-enactment of Hendrix music would suffice for what we should be hearing. What this means in reality are scenes where the drums sound like they're from the 1990's, combined with a 'clean' Fender Strat/Marshall Amp sound, which in this movie sounds more like a pub-rock version of Eric Clapton. Of course, if they were going to bother, this should have sounded like the biggest, dirtiest, most explosive sound ever made by the artist that would put the electric guitar in the forefront of that blossoming genre known as rock music. Trying to create some musical content for Jimi... resulted in the film makers missing the point as to why Hendrix was so important and exciting in the first place. It's telling when a Hendrix picture's first two recorded tracks are from Bob Dylan. Somehow, Jimi: All Is By My Side never recovers.

Ridley has cut his cloth scripting some good stuff (12 Years A Slave, Three Kings) and the idea of focussing on one year in Jimi Hendrix's life could have worked. But Jimi... aims for realism and it lets the audience and Hendrix down repeatedly. Andre Benjamin (from OutKast) plays Hendrix and he is more than decent, conveying Hendrix's shyness and sensitivity to good effect. But he seems a lot smaller than Hendrix was, so he doesn't quite physically inhabit the role. Andre is 39 yrs old, the Hendrix he is playing in the movie is 24. It's a quibble of course, and Benjamin does well, but this seems like an older Hendrix from a different time, and mostly surrounded by other older actors. Imogen Poots, playing Keith Richards' young model girlfriend of the time (Linda Keith), discovers Hendrix playing a in a New York club. Poots' performance quietly steals the film. The story of her hidden/secret love would have been a far more interesting direction for Jimi...to head in, but the film veers off somewhere else rather aimlessly.

Jimi: All Is By My Side also takes other liberties. Famous interview quotes by the real Hendrix made in the late 1960's are used in various scenes out of context, most notably a meeting with black revolutionary leader Michael X (modelling himself as a cheaper, less principled Malcolm). An unexpected scene where Hendrix violently assaults his girlfriend Kathy Etchingham in a London pub has been cited as pure fiction and out of character with the Hendrix we've been watching up until that point. We get fictionalised Keith Richards, Paul McCartney, Andrew Loog Oldham and many other movers from this swinging London of the 1960's. But even here Ridley has to freeze frame the screen and announce in bold letters who these real life characters are (as if we won't make them out beneath the wigs). Hendrix himself is barely here or there, he's a (stoned) presence, not quite ever the centre of attention in his own movie. This year in the life from early days in New York to shaking up the established order in the UK scene has tons of atmosphere going for it. Some clever use of vintage footage gives an essence of a younger Hendrix and a of the working class England he moves to. Despite Benjamin's and Poots' efforts, Jimi... is a rather threadbare, ahem, experience. Any film about Hendrix should be exciting and give us some idea why this often shy musician was able to make such a loud, cacophonous, violent and moving noise with six strings. This Hendrix doesn't seem very bright. An hour into Jimi: All Is By My Side I was hoping it would end.


Astrid:
So at least we both remembered that it was our second wedding anniversary – still, quite typically for us, no planning went into our day of celebration (except for the baby-sitting part). There we were on a weekend when Rakkautta & Anarkiaa -festival had taken over Helsinki, looking for a movie to see in the middle of the day. Almost anything would have to work. Let it be known that I was looking for an anniversary-appropriate romantic film. What we got instead was Jimi: All Is By My Side. I was curious. Movies about rock stars can be interesting and entertaining, even if they fail to be impressive as cinema.
Much to my discomfort, Jimi: All Is By My Side took me back to my early teenage years, when I watched bad movies (like Reality Bites) about musicians and artists or just young people and dreamed of belonging. Back then I didn't even understand all the content of what I was seeing, but I would sit through the whole of Woodstock (with my dad) in a theater. Jimi Hendrix left his mark. His show stayed with me after the mostly super boring four hours. I adored his white suede leather jacket and the perplexing energy that surrounded him while he was on stage. John Ridley's movie about Hendrix fails to capture that magic.

Jimi: All Is By My Side offers us a lethargic, speechless, violent, bored and unintelligent Hendrix played by Andre Benjamin. The actor comes across sympathetic and visually pleasing. The problems of the film are not his. Unfortunately, we get more out of the women in this film, which might be nice if it was a movie about groupies or the influence of women in Jimi's rise to stardom. Somehow, it is not though. The worst and absolutely regrettable part of it is that the movie makers were not allowed to use real Jimi Hendrix music in it. I cannot understand why there are still music scenes in the movie, because the music we hear is very misleading and bad – it's nothing like Jimi Hendrix. It feels like somewhere in the process of making this movie, some wrong corners were turned and instead of changing direction, the film just sailed right into an iceberg and sank wilfully. Maybe, if I was 20 years younger I would see the whole thing differently.
Email Post
Labels: andre 300 biopic cinema film jimi hendrix jimi: all is by my side john ridley my lawyer will call your lawyer rock music 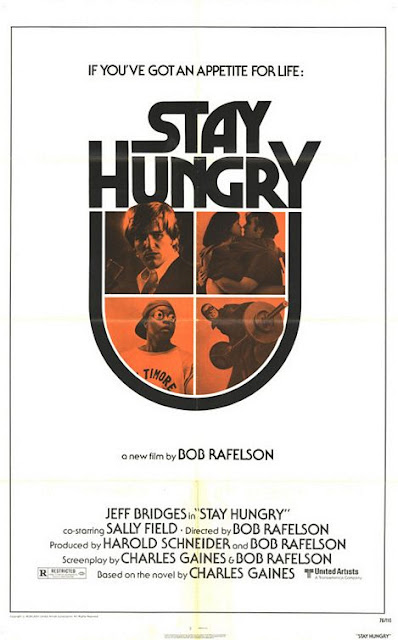