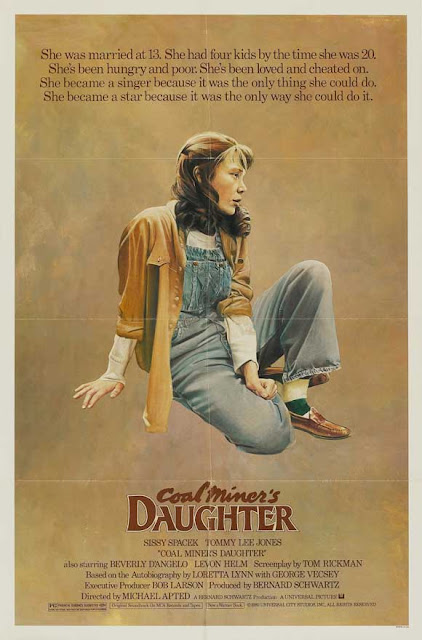 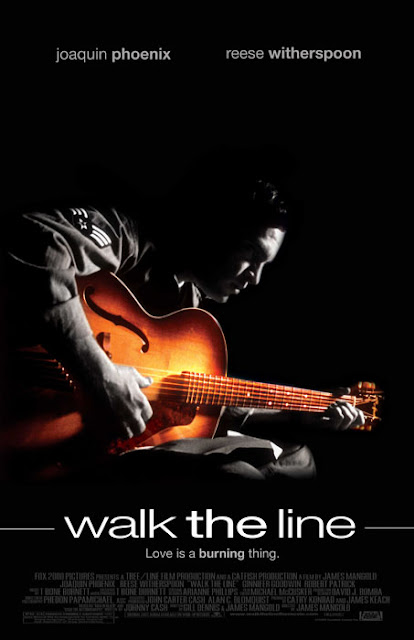 Astrid:
Today Natalie Portman is getting criticism on The Guardian from professional ballerinas for her latest role in the movie Black Swan. The problem: you cannot learn to be a professional ballet dancer in one year, yet, the film uses an actress instead of a ballerina for the role. I have watched Walk The Line multiple times thinking it is a film about the artist Johnny Cash and his journey from childhood to finding his creativity and then success. This time around I noticed that the actor Joaquin Phoenix, who does his own singing here, is not a good singer. His vocals are continually autotuned (a corrective effect added after a vocal take to pitch any out-of-tune notes) and his delivery is nothing magical or touching. The truth is: Johnny Cash had an exceptional presence, which is what made him special, and it is insulting to claim that a little method acting could lead Phoenix to the same results.

Therefore, the problem with Walk The Line is that the musical content is not convincing enough for the story to be centered around Cash's creativity and talent. The film thus becomes a relationship movie about Johnny and June.

Coal Miner's Daughter is a 1980's version of the same kind of musical bio pic. Although the film appears stronger as a piece of cinema with a look and a mood of its own, it also emphasizes childhood trauma and hetero relationships. What is taken for granted or dismissed is the very interesting personal development of the artist's passion for expression through singing. How does the character (Loretta Lynn) nurse and maintain that need for this expression in her surrounding? The subtle internal movement towards realizing her vocation remains without any visualization in Coal Miner's Daughter.

Of course, it would be difficult to picture the creative processes of individual artists in film. It would be challenging to get into detail without looking boring, unmoving and slow. Picturing human internal processes of emotions and ideas may even not be the purpose of cinema, which usually shows us the immediate results rather than the getting there. Further more, Coal Miner's Daughter and Walk The Line do not fulfill the need in me to question and inspect the career development of these artists. How does it feel to be successful? What about criticism? What about failures? And the relationships to co-workers, other performers, musicians, the band and so forth? What is interesting to me as an artist myself is not so much the family story or the love story (everyone produces those), but the narrative of a specific form of expression.

Nick:
The glamorous easy lives of Rock n Roll stars.  I live with a full-time musician, and am also a songwriter and record producer myself. So amongst the myth making, we never hear about: the song writing struggles, the band forming woes, the rehearsal room focus, the endless hours in the studio or at home refining, the tours without audience, the blatant sexism, the no money, the uncertainty, the critical backlash, the lack of recognition, the no future for you here, the constant self doubt, the 'am I throwing my life away' moments, the sacrifice of every normal aspect of your life. In fact, would I become an active musician in 2011, starting from scratch? No thanks.

Me and my partner are two of the most hard working people I know. Still friends ask Astrid what she's been up to, her reply 'working' usually met with that look that suggests that's not real work. Of course, there's the good points. The acknowledged greatness, the special talent tag, the otherness. The wanting to get to know. The possible financial gains. Traveling to different climbs and, in some cases, the promise of a better life. For some, and I include myself here, it's enough to have a life of creativity. For others, it's the wealth and, yes, the glamor.

So, film and music bio-pics. It's a long tale of missed opportunities clogging up any real perspective. When James Mangold directed Walk The Line, did he really intend to take most of the danger out of Johnny Cash? I mean, this is the Man In Black we're talking about? This is the raised-finger Johnny Cash, surely. What we get in Mangold's film is Joaquin Phoenix (too short!) mumbling away, Reese Witherspoon supposedly good as June (we only have the awful Legally Blonde to compare). Walk The Line is a sanitized mainstream film with no danger. It's Johnny Cash! How can you do it Hollywood!? And please, what's the auto-tune to death on Phoenix's voice doing (Arghhhhhh!). Still, tasteful and entertaining all the same. Is that good?

Michael Apted directs the Loretta Lynn story Coal Miner's Daughter as if a made for TV movie. Great turns from Sissy Spacek, Tommy Lee Jones and The Band's Levon Helm can't save this from being underwhelming. It touches on the mundane realities of touring but ignores any real portrayal of creativity and what makes Loretta so special. Still, it's worth a look. But what both these films do is sacrifice any real perspective on what got us interested in these people in the first place. Yes, The music. Ain't got no soul.
Email Post 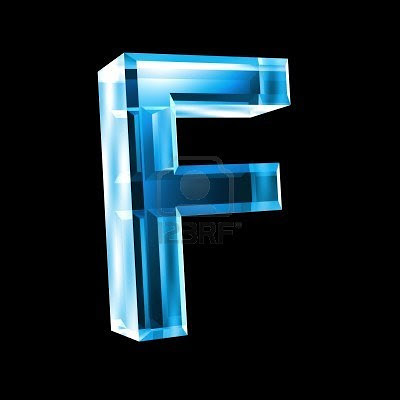 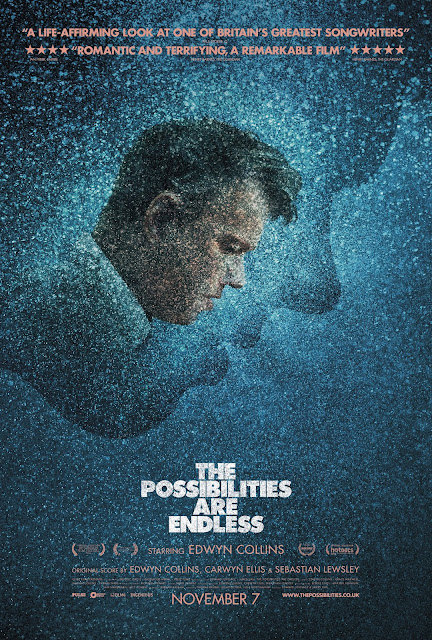 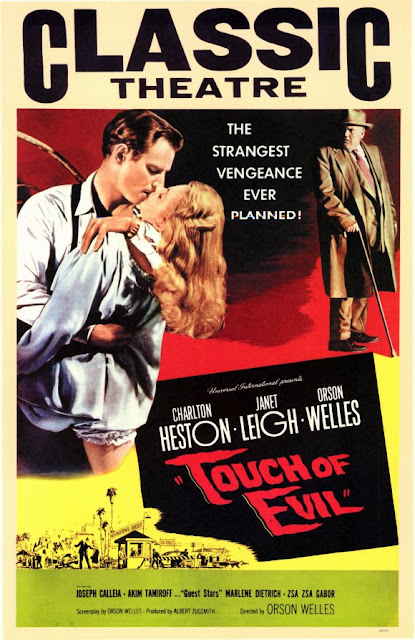 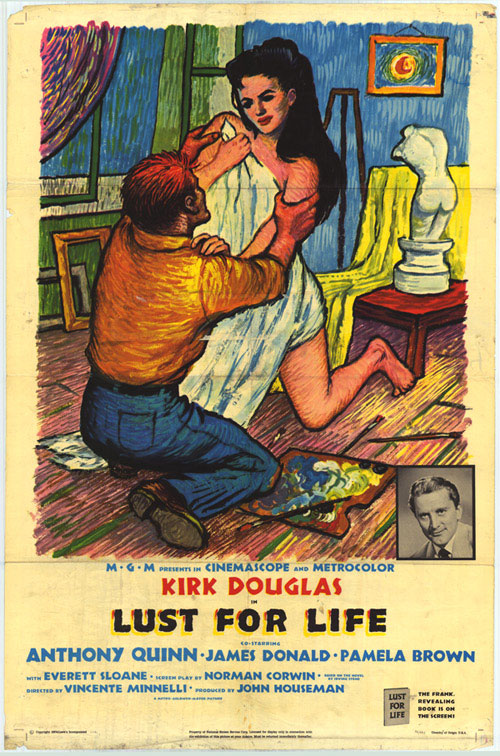 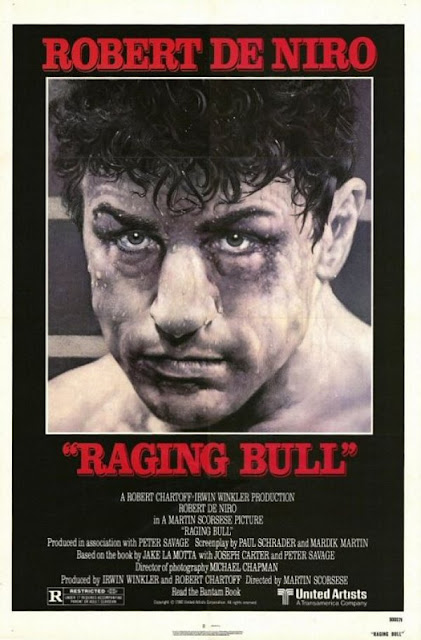